A round of applause for the Algarve!

We must confess that many others have been here before you – Arabs, Lusitanians, Romans, Greeks, Phoenicians, Carthaginians, Celts and Tartessians, as far back as the Neolithic period. Thankfully the passing of time has not diminished our Algarve Cultural Heritage, which continues to harbour secrets to be discovered in-between your trips to the beach.

Monuments, century-old customs, religious rites and craft markets are a living heritage handed down from father to son and from local people to visitors.

As for the food, it’s all about gathering the best that the sea and the land have to offer: fish and shellfish stews, clam cataplanas, sweets based on figs and almonds and wines from the DOP sub regions of Lagos, Portimão, Lagoa and Tavira, although not everything is traditional: the Algarve is the Portuguese region with the highest number of Michelin stars.

Look up from all this entire heritage and you will discover the symbol of the region, the result of five centuries of Islamic occupation: the chimneys of the Algarve. Just like our own individual experiences in life, no two of them are alike.

My name is Luís Vicente and I live in Faro, a city with two unmissable monuments: the Roman ruins of Ossónoba, the historic birthplace of the city of Faro, and the Lethes Theatre, an ancient Jesuit convent transformed into a beautiful Neoclassical theatre in the 19th century. I would also recommend you make time for one of the shows staged by the Algarve Theatre Company or to hear a concert by the Algarve Orchestra, one of the best, if not the best, in the country. And since culture is about more than just monuments and theatres, I recommend you taste the newly emerging wines of the Algarve. I particularly like the bouquet of wines from the Tavira and Lagoa area.
Luís Vicente – Actor

You have probably heard about the Algarve. A friend may have told you about one of its magnificent beaches, maybe you’ve seen a report about its cuisine or perhaps you’ve picked up a brochure before. But there is an Algarve that you haven’t seen, tasted or explored before: it’s the Algarve that the local people know and love.

For almost three thousand years Phoenicians, Carthaginians, Greeks, Romans, Goths, Maghrebins and Mauritanians did what you do – they passed through the Algarve. Until, in 1249, the Al-Gharb (“the West”) was finally taken from the Islamic world by Sancho II, who took the title of King of Portugal and the Algarve.

Since then, the pride shared by the inhabitants of the Algarve has compelled them to reveal their region’s greatest secrets to visitors – about their favorite beaches, hidden hamlets, natural walks and even recommending the best restaurants.

Book or Inquire Your Taxi 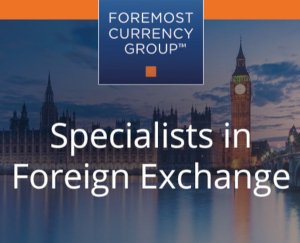 algarve food golf heritage marina meeting industry nature sailing sanus per algarve spa sport sun and sea tee times video
We use cookies on our website to give you the most relevant experience by remembering your preferences and repeat visits. By clicking “Accept All”, you consent to the use of ALL the cookies. However, you may visit "Cookie Settings" to provide a controlled consent.
Cookie SettingsAccept All
Manage consent

This website uses cookies to improve your experience while you navigate through the website. Out of these, the cookies that are categorized as necessary are stored on your browser as they are essential for the working of basic functionalities of the website. We also use third-party cookies that help us analyze and understand how you use this website. These cookies will be stored in your browser only with your consent. You also have the option to opt-out of these cookies. But opting out of some of these cookies may affect your browsing experience.
Necessary Always Enabled
Necessary cookies are absolutely essential for the website to function properly. These cookies ensure basic functionalities and security features of the website, anonymously.
Functional
Functional cookies help to perform certain functionalities like sharing the content of the website on social media platforms, collect feedbacks, and other third-party features.
Performance
Performance cookies are used to understand and analyze the key performance indexes of the website which helps in delivering a better user experience for the visitors.
Analytics
Analytical cookies are used to understand how visitors interact with the website. These cookies help provide information on metrics the number of visitors, bounce rate, traffic source, etc.
Advertisement
Advertisement cookies are used to provide visitors with relevant ads and marketing campaigns. These cookies track visitors across websites and collect information to provide customized ads.
Others
Other uncategorized cookies are those that are being analyzed and have not been classified into a category as yet.
SAVE & ACCEPT
Call Now
Directions